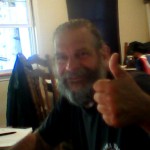 What is a depressive episode?

Depression is a common illness, and many people will experience one or more episodes of depression in their lifetime. While people of all races and ages can experience depressive episodes, they tend to be more common among women than men. People who have a history of depression, other mental health conditions such as bipolar disorder or anxiety, or chronic physical conditions such as diabetes, chronic pain or multiple sclerosis, also have a higher risk of experiencing a depressive episode.

The severity of a depressive episode varies; it may be classified as major or minor, depending on the number of symptoms and degree of impairment (social, domestic and work) experienced. Regardless of the severity, all depressive episodes should be taken seriously and treated promptly by a professional healthcare provider. Effective treatment, which typically involves medication and/or therapy, for depression is available.

Without appropriate treatment, the risk of experiencing further episodes of depression is thought to be higher. The risk of another depressive episode occurring seems to increase with every new episode, with each one likely to last longer and be more severe than the previous one. Timely treatment can alleviate the symptoms of depression and help shorten the duration of any future episodes.

The symptoms of a depressive episode typically include a depressed mood, i.e. feeling sad, empty or hopeless, and/or loss of interest or enjoyment in most activities, together with any number of the following:

These symptoms are usually present every day or almost every day, for at least two weeks.

Signs of depression may differ according to sex and age. There are also various types of depression and depressive disorders, including major depression, bipolar disorder (previously known as manic depression), postpartum depression and dysthymia, among others. If you think that you might be experiencing depression, you can try using the free Ada app to find out more about your symptoms.

If a person seems to be in imminent danger of harming themselves, an emergency support provider should be contacted immediately.

Causes of a depressive episode

The causes of depressive episodes are complex and varied, involving social, psychological and biological factors. Depression may occur as an isolated episode or as part of a chronic depressive condition. While the exact causes are not yet fully understood, the following may increase a person’s likelihood of experiencing a depressive episode:

People who have recently had a baby may experience postpartum depression.

Sometimes, there is no obvious cause for the occurence of a depressive episode.

Some health conditions, such as hypothyroidism, can cause symptoms of depression. While uncommon, adverse reactions to certain medications can also cause depressed mood. However, treating these underlying causes and disorders should alleviate the symptoms.

Diagnosis of a depressive episode

After taking the affected person’s medical history and performing a physical examination, a doctor or the mental health specialist to which the person is referred to, can diagnose a depressive episode based on the criteria set out in the Diagnostic and Statistical Manual of Mental Disorders, Fifth Edition (DSM-5).

A major depressive episode (MDE) is characterized by five or more of the following symptoms being present every day, or almost every day, for a minimum of two weeks:

These symptoms should indicate a marked difference from the affected person’s previous functioning. For the diagnosis to be made, at least one of the symptoms needs to be depressed mood or loss of interest in most activities. It is also necessary for the symptoms to cause significant distress or impairment in social and job functioning.

If the symptoms are attributed to another mental health condition, the diagnosis and treatment may be different to that detailed here for a depressive episode.

To rule out any other health conditions that could be causing symptoms of a depressive state, such as a thyroid disorder, a doctor may order blood tests or scans. If a person is considered to be at risk of dementia, the doctor will also check for this condition, as some of the symptoms can be similar to depression. If you are concerned about any symptoms, you can use the Ada app for a free assessment.

Depression is considered to be a treatable condition, with treatment often involving a combination of medication and therapy. Sometimes complementary remedies and lifestyle changes may also be suggested. The treatment program will be tailored according to the severity of the depressive episode, as well as the affected person’s medical history and personal preferences.

Psychotherapy is talk therapy, and there are several different types that may be effective for people experiencing a mild or moderate depressive episode. These include counseling, problem-solving therapy, interpersonal therapy, group therapy and cognitive behavioral therapy (CBT) – which can help a person develop more helpful ways of thinking and acting.

Medication may be prescribed in cases of moderate or severe depression, often in combination with a course of psychotherapy. While the way it works is not yet fully understood, antidepressant medication may alter the levels of neurotransmitters in the brain with a positive impact on mood.

Several different types of antidepressants are available. The main categories include:

There are also a few other types of antidepressants, such as bupropion and mirtazapine.

It may take a few weeks for an antidepressant to take effect and alleviate the symptoms of a depressive episode. A doctor will advise on how long the medication should be taken and what to do if a person wishes to stop taking it. While antidepressants are not considered to be addictive, stopping them suddenly may cause discontinuation symptoms, so the process needs to be managed by a medical practitioner.

Some people may experience side-effects while taking antidepressants, including:

While less common, other side-effects may include serotonin syndrome, a potentially life-threatening condition where high levels of serotonin cause mental and physical symptoms like anxiety, rapid heartbeat, high temperature and vomiting, and suicidal thoughts.

It may be necessary for a person to try several different medications before finding one that they feel works for them. The type of antidepressants prescribed will depend on the affected person’s age, health and medical history. A doctor will arrange check-ups a couple of weeks after treatment is started and regularly thereafter to monitor progress.

Exercise: Physical activity may be recommended to help with mild to moderate depression, though it is not entirely clear how effective exercise is.

St John’s Wort: This herbal medicine is sometimes recommended for depressive episodes. However, its efficacy has not been conclusively proven, and it may interact with prescription medications. Prior to taking St John’s Wort, it is advisable to consult a doctor even if taking no other medications, but especially if taking other prescription or over-the-counter medication.

Electroconvulsive therapy (ECT): In this treatment, electrical current is used to stimulate the brain. ECT is typically reserved for depression that is particularly severe or has not responded to other treatments.

Light therapy: Bright light therapy has been shown to improve depressive symptoms, both as part of seasonal affective disorder (SAD) and non-seasonal major depressive disorder. Light therapy may be helpful on its own or in combination with psychotherapy or antidepressant medication.

Acupuncture, spiritual practice and nutritional changes may also be suggested as complementary therapies to help in the treatment of depressive episodes, though there is insufficient scientific evidence to support their efficacy.

If the depressive episode is mild, a doctor may suggest waiting for two weeks to see if it clears on its own. In addition, they may recommend self-help resources, relaxation therapies and a small number of psychotherapy sessions. Antidepressants are not usually prescribed for mild depression unless it persists or is causing complications.

In severe cases of depression, where a person is at risk of harming themselves or others, or is experiencing psychotic symptoms, they may be referred to a specialist care facility.

If a person seems in imminent danger of harming themselves, an emergency support provider should be contacted immediately.

Speaking to a healthcare professional and following the treatment program they recommend is very important in managing depressive episodes.

While there is no known way to prevent a depressive episode, certain positive behaviors may be helpful. These include:

Q: I feel a depressive episode coming on. What can I do to stop it?
A: If you think that you are about to experience a depression flare-up, it is recommended that you speak to a psychotherapist or other qualified healthcare professional. If this is not possible, an online or over-the-phone counseling service may be helpful. See numbers for mental health helplines in the UK and USA and crisis lines in other countries. There is currently no known way to prevent a depressive “attack”, but therapy and/or antidepressant medication may help to manage it. In addition, practicing self-care is recommended. This includes talking about your feelings if you are upset, getting regular exercise, getting outdoors, eating a balanced diet and avoiding alcohol and other intoxicating substances.

Q: What should I do during a depressive episode?
A: When depression “hits”, many people wonder what they can do to get out of the depressed state. There is no quick remedy for a depressive episode, but it is important to remember that you can take steps to manage it, beginning by speaking to a doctor or psychotherapist, and/or taking antidepressant medication. In addition, practising self-care strategies like getting exercise, eating healthily and avoiding alcohol and drugs is recommended.

Q: If a loved one is experiencing a depressive episode, what is the best thing to do?
A: If a friend or partner shows signs of being depressed, the following behaviors may be helpful:

It is important to understand that it may take a person experiencing depression a long time to get better. The support of family, friends and broader social networks is an important part of recovery.

Add
We use cookies to ensure that we give you the best experience on our website. If you continue to use this site we will assume that you are happy with it.Ok