Exactly How Much Coffee You Should Be Drinking Each Day, According to a Recent Study

Before you reach for for the largest-possible latté, you’ll want to read this. 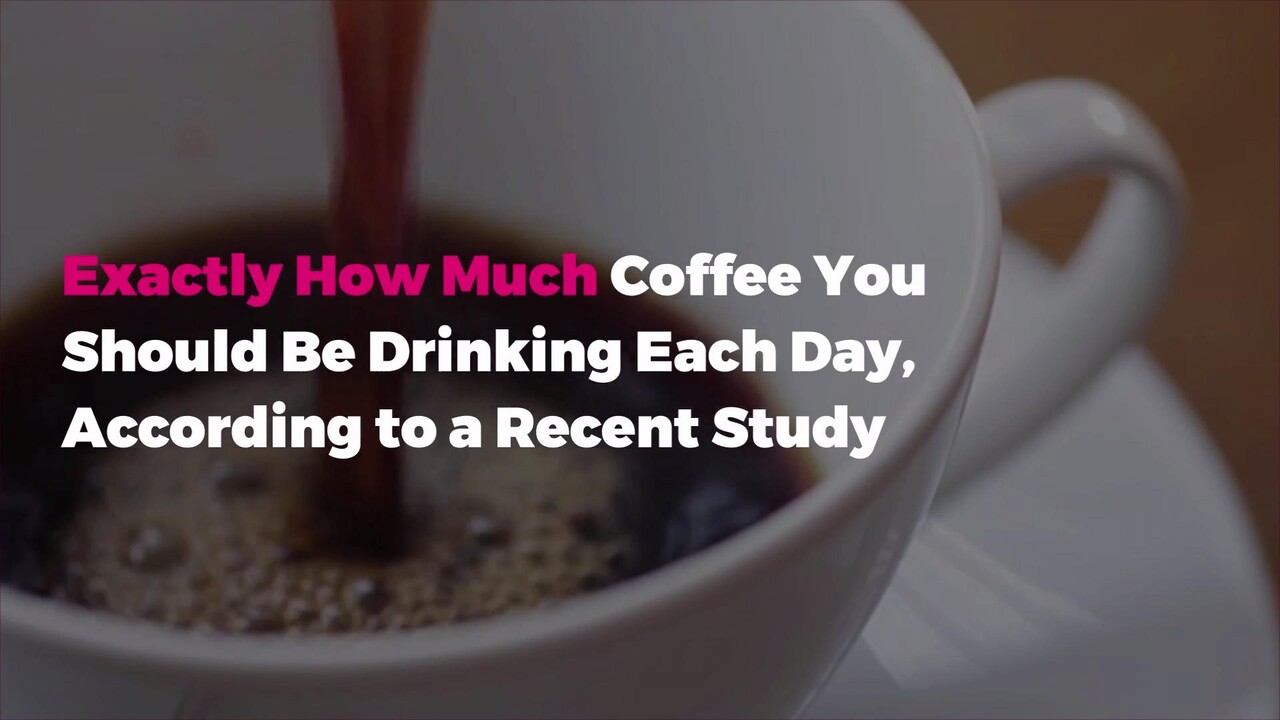 Coffee is packed with health benefits, from boosting energy levels and your metabolic rate to lowering your risk of depression and type 2 diabetes.

But according to a recent study published in the American Journal of Clinical Nutrition, there is a limit to how much caffeine we should be consuming on a day-to-day basis. According to the research from the University of South Australia, drinking six or more cups of coffee a day can increase your risk of heart disease by up to 22%.

The study’s authors analyzed dietary patterns and health records of nearly 350,000 participants between ages 37 and 73. Their results showed that compared to those who drank just one to two cups of coffee daily, people who drank six or more were 22% more likely to develop cardiovascular disease during the study period. They also found that their conclusions were independent of genetics—meaning those who are highly sensitive to the effects of caffeine were just as likely to develop heart disease over the six-cup limit as those who can drink a triple espresso without getting jittery.

These conclusions have led the researchers to believe that consuming a large quantity of coffee is linked to heart issues because of high blood pressure, which is a side effect of overdosing on caffeine.

“Most people would agree that if you drink a lot of coffee, you might feel jittery, irritable or perhaps even nauseas – that’s because caffeine helps your body work faster and harder, but it is also likely to suggest that you may have reached your limit for the time being,” said Professor Elina Hyppönen, the Director of the Australian Centre for Precision Health in a press release on the findings. “In order to maintain a healthy heart and a healthy blood pressure, people must limit their coffees to fewer than six cups a day – based on our data six was the tipping point where caffeine started to negatively affect cardiovascular risk,” she added.

According to the World Health Organization, heart disease is the leading cause of death worldwide—and yet one of the most preventable. That being said, the researchers also found that study participants who either never drank coffee or only went for decaf actually had 7% to 11% higher rates of heart disease than those who drank one to two cups of regular coffee per day. “Knowing the limits of what’s good for you and what’s not is imperative,” says Hyppönen. “As with many things, it’s all about moderation; overindulge and your health will pay for it.”

Add
We use cookies to ensure that we give you the best experience on our website. If you continue to use this site we will assume that you are happy with it.Ok